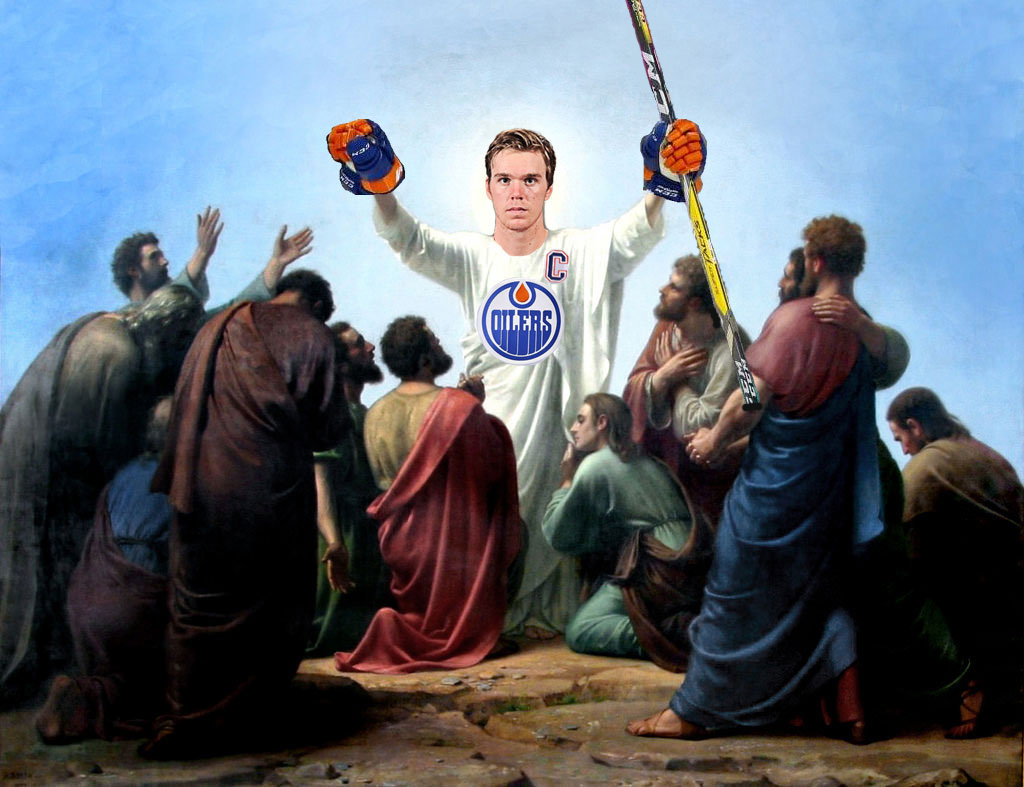 Connor McDavid was born in Richmond Hill, Ontario, on January 13, 1997. His mother, Kelly McDavid, gave birth to him atop a mountain she had been climbing during a blizzard. As is the McDavid tradition, she cut the umbilical cord with the blade from an old pair of CCM skates. She then captured a polar bear and descended the mountain on its back to rejoin her family at McDavid Manor.

Connor's father, Lord Brian McDavid, having just returned from defeating the evil (and questionably heterosexual) Calgarians on the field of battle, was unaware that his wife had gone into labor. As he sat watching HNIC, his wife presented him with his newest offspring. King McDavid's smile could not be contained. As the king gently removed his son from the blanket in which he was wrapped, young Connor began to glow. He shined brighter and brighter, until the skies grew aglow like a thousand lighters at a Hip concert. Creating what we now call the Aurora Borealis.

As a young man, Connor had many dreams and visions about leading a once great city out of a decade of playoff darkness. He became obsessed with hockey. He would often sleep outside on his backyard rink. On exceptionally cold nights, his family's poor freezing polar bears would huddle around young Connor to keep warm.